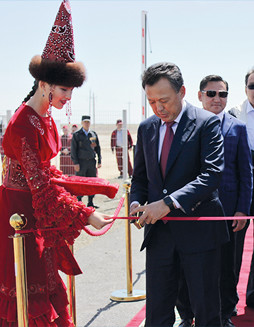 The Company launched a gas treatment plant at Prorva group of fields. The project was implemented within the framework of the Associated Gas Utilization Program of Embamunaygas JSC. Thanks to the installation of the plant, EMG has reduced gas flaring to a minimum. The gas treatment technology used at the plant is environmentally friendly: it does not contain any toxic chemicals, does not produce harmful by-products and provides the highest efficiency of hydrogen sulphide removal 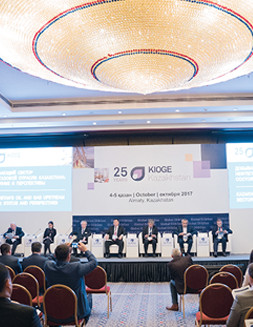 In 2017, a series of charity, sports and cultural events was devoted to the celebration of the 95th anniversary of Embamunaygas JSC (hereinafter – Embamunaygas, Emba, the Company, EMG JSC). 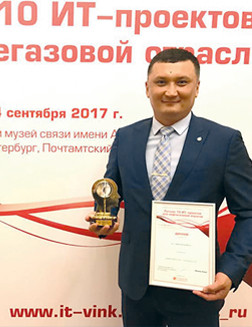 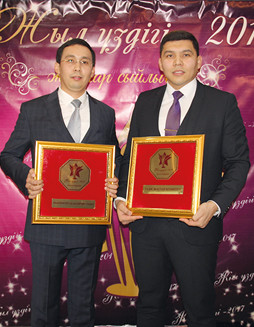 A new top manager was elected in EMG JSC. By the resolution of the Board of Directors of EMG JSC (hereinafter – the Board of Directors), on April 24, 2017, Anuar Yerkinovich Zhaksybekov was elected as Chairman of the Company’s Management Board. Anuar Yerkinovich is a geologist; previously, he headed the Geology Department of JSC NC KazMunayGas and has extensive experience in his profession. The appointment of a geologist to the position of the Company’s CEO is associated with the fact that, among other things, currently, an important area for EMG JSC is to strengthen the resource base through geological exploration and acquisition of new assets.

In company solemn events timed to the 90th anniversary of the honored oilman of Kazakhstan, laureate of the State Prize of the Republic of Kazakhstan B. Sagingaliev were held. The name of B. Sagingaliev is related to the immediate history of the discovery of the deposit in the Northern Caspian region, the start of oil production at the largest sites, including the Tengiz field. Many efforts Bulekbai Sagingalievich applied to improve the working and living conditions of Emba oil workers